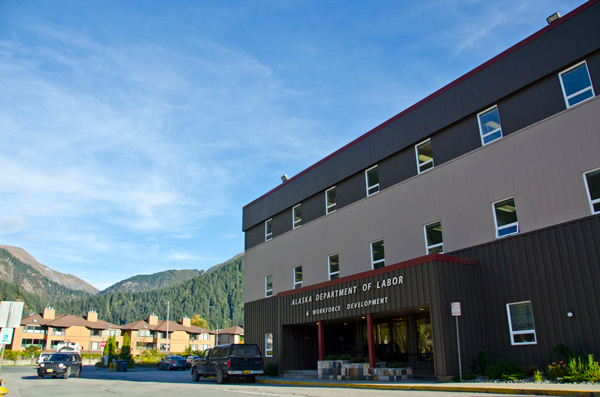 Gov. Mike Dunleavy took to social media on Monday, sharing news that Alaska’s employment is up — there are about 2,000 more jobs than there were at this time last year. 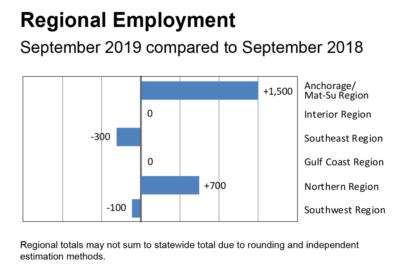 The state’s unemployment rate is at 6.2%.

But, the state’s department of labor noted that Alaska lost 400 state jobs in the past year and about a quarter of those were in Southeast Alaska.

“It was obviously hit harder than the state as a whole, just given the concentration of state government jobs that we have in this area, particularly in Juneau,” said state economist Karinne Wiebold.

While most parts of the state saw an uptick in jobs, the Panhandle shed 300 of them. That’s in contrast with the Anchorage and Mat-Su regions which added the most jobs. The fastest growth was in construction and oil and gas.

But it’s not all doom and gloom for Southeast. The visitor industry continues to drive jobs in the private sector. More than a million cruise ship passengers called in Southeast ports this year. That number is expected to climb to 1.4 million next year.

“Tourism, particularly cruise tourism has a pretty strong effect in our summer employment in the last two years have been particularly strong with the cruise ship traffic. So that’s a little bit of a bright spot for us,” Wiebold said.